You know, I’d love to go on. I’d love to damn the consequences, and go for what my heart wants. I’d love to fight for my love, because that’s what people always do. And each time they did, they won. Yes! Those people in the mushy love movies I’ve watched, like, ‘Kuch Kuch Hota Hai’.. Where Rahul fought for Anjali at the latest hour, and still somehow won. But you know, all of a sudden, somehow, the reality dawns on me.. ‘M not Anjali, or Rahul,.. ‘M real, in the real world, no cameras, or casts.. So I must not be deceived! 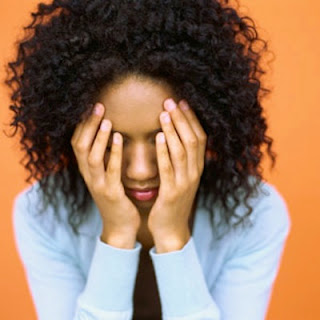 I know what I need, I know what I want.. These two things stand so far apart, yet they collide. God had always known there’d be conflicts between needs and wants, that’s why he gave us the brain to act as an arbitrator, or mildly put, a mediator. But what if it doesn’t suffice? If it adds more to the turmoil, who takes it from there? I guess that’s where YOU come in.

I want Emeka, but everyone thinks I need Ifeanyi. Emeka is a short fine man. He’s the MD of his father’s brewery. At his young age, he’s got a lot of money, a helicopter, 10 jeeps, 4 limousines, 28 mansions, and yeah, estates to inherit when his father dies. He is the only son of the richest merchant in his town. So you can imagine how I’ll never have to worry, ever again in my life for nothing! Asides that, I just like him. He’s got this play- boy personality that so tickles my fancy. You know how they do!

Ifeanyi is a tall, dark, handsome, maybe-too- nice gentleman. The 5th child of comfortable parents and a graduate of Agricultural Sciences and Fishery, teaching Elementary Agric till he has enough money to start up his farm. He’s a fine man by all standards, with an amiable personality and a gentle suave smile, but on days when he takes me on a date and the sun gets so hot, neither his smile nor personality is able to keep my skin from its scorching darkening effect. And I begin to wonder, how long will this go on?

You see, some facts may appear wrongly to you, so I better clarify them now. I do not love Emeka for his money. I love him, wealth and swag rolled into a ball, and thrown into a trash can! There are things about him I can’t explain to you but I pray you’ll understand. Have you never been here before? You love the bad guys, and hate the good ones? Well, I’m here now. Watch me live my own reality.

Who am I? Pardon my manners! I am Sandra, a single 28 year old banker, from a comfortable family. I am very comfortable myself, so I won’t necessarily be needing some dude to take me to places. There’s no place I wanna be that I haven’t been to. If you find a guy who ‘d take me to heaven though, please holler!

So here’s the deal, I am not particular about marriage. Left to me, I’ll take my time to sort the shafts from the real deal if only people will leave me be. But thing is, ‘m under pressure. Mama wants to see her grand children, Dad says he loves me but can’t bear to keep bumping into me each time he’s walking down the passage way to his room. I understand, don’t I? But they don’t understand!

I have been seeing Ifeanyi and Emeka for about a year now, without them meeting each other for once, at least not in my presence. (Tufiakwa, Heaven forbid that!) I met Ifeanyi first, and introduced him to my family as a ‘friend’ before meeting Emeka, whom I instantly fell in love with at first sight; but I’m yet to introduce him to my people, even though I’ve dined and wined with his family severally. I love them both honestly, but can’t marry them both sadly. It is at points like this, that you have to give way to mentality!

I know it’s very simple, the decision I have to make. Rather, my brain thinks so. ‘Leave Emeka, marry Ifeanyi’. You’ve known him longer, plus your family thinks he’s THE ONE. Have sex, make love, and give birth to handsome and beautiful nerds with goals, and ambitions, and a little too much ‘niceties’ to their attitudes. Picnic of Pork, and Palmwine every Sunday in the Farm house. Perfect family! But is it really that easy? I know Emeka drinks and smokes, and Ifeanyi doesn’t. In fact, they’re plain opposites of each other. But truly, my heart craves for Emeka.

Okay, if I decide to follow my heart, and leave Ifeanyi, for Emeka. ‘ALERT! ALERT!’ My brain screams day and night. ‘He can’t love you like Ifeanyi would.’

You don’t understand , or do you? Ifeanyi doesn’t possess all I dreamed my man would. He possesses the dreams, passion, strife, zeal, determination, looks, but not the kind of sexuality I want in a man. He isn’t spontaneous. He hardly makes an attempt to kiss me when we go on dates, he doesn’t linger on my cleavage like Emeka does. He just makes me feel like ‘m not attractive at all. Is he sterile, Or just being a gentleman still? You see, for me, that’s some boring detail!

I want a balanced relationship. Not too much on one side, and too little on another. And really, I haven’t waited this long to settle for bullshit! Maybe I can teach Ifeanyi to love me like I want him to, but can I teach him to not be impotent if he already is; or rather, Emeka to stop drinking too much, at least not when we go out with his friends so that he doesn’t speak too much gibberish that no one even cares to listen to?

Sexuality, and Romance aside, Marriage is a life- long commitment. You should only marry someone you can always be happy with. Someone you can manage with, when there’s nothing to live on, or no one but yourselves to depend on. Wealth wouldn’t guarantee you happiness. But when poverty streaks to the bones, you forget what it means to smile, you forget love, and then its quarrels and battles, and ‘shebi I told you not to marry him’ stories… Or maybe not.

I am not in a hurry, but ‘they’ are. So who do I marry? Emeka or Ifeanyi? The one my heart is after, or the one my head screams for?! 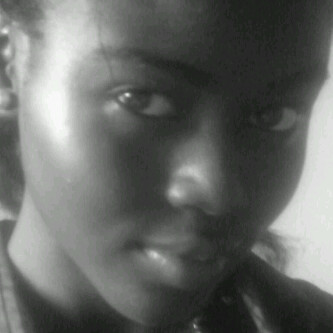 Da More is someone who loves to have fun with words! She believes in the power of muses, the sovereignty of God, and ultimately, the reality of love. She is an ardent believer, a non- apologetic lover, a fun writer and a persistent dreamer. By the way, she is a graduate of Accounting. And absolutely, She is pleased to share her work with you!

2 thoughts on “A girl’s thoughts- who do i marry by DA MORE.”