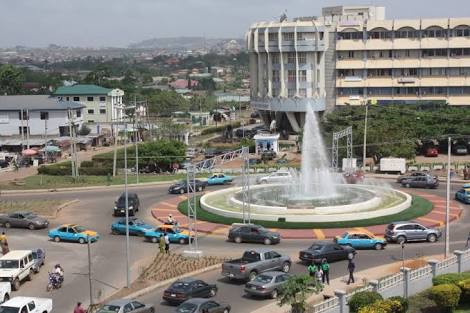 I became a stranger; unknown yet familiar. It had been so long, and even though I still knew my way around places and people, it didn’t feel like I knew this place at all. People had changed. I had changed. The air had changed. No more was I stuck with hearing only the sound of my heartbeat, or seating in traffic for eternity. I was in a city where things worked differently, a city I’d never really given its credits.

In no time, the calls started to come. Old friends who were in town and wanted to meet up, new friends who I’d never had the privilege of meeting and were hoping to right that, and current friends who had returned to their roots like me and who didn’t mind hanging out.

Enter Temitope. Smart guy. Fun conversationalist. We saw two movies on two different days. He would almost freeze to death on one of such occasions, after buying icecream into the cinema. The AC was on a kill mission; the ice cream was stone cold, and together, they conspired to freeze the young man to death. I had come with a jacket for myself, so I had a good laugh. The movie turned out to be a joke and I laughed some more.

Enter Simbi. Simbi from back in the day who will always be in my present and will always be bae. She is a sweetheart, that girl. I met Simi too, and Dolapo, and Bobo, and Mum. The entire Lawalson family was warm and so much fun. I almost didn’t want to leave. Adopt me na. Plix?

Enter Funmi aka OldSoldier. One of my oldest and most consistent friends. Funmi with her happy-go-lucky attitude will break your frown into a smile. Even when she’s serious or upset, she remains a delight. Always. I spent parts of my Christmas day with her. It was all giggles and beautifully weird banter.

Enter Ayo. Old friend from many years ago. JAMB lesson precisely. Insanely hilarious dude with a big heart. He would not stop making me smile as he told me all about his PPA and how he reads my writeups. I couldn’t help exposing all my ivories in a wide smile. Ayo is a breath of fresh air  with scent of flowers.

Enter Tosin Akinyemi. Barrister per excellence. The setting: poolside, lovely scenery, cool afternoon, music wafting through the airspace. Tosin is one of the nicest people you’d ever meet. He is polite, courteous and cool-headed. Oh, he bought me one really pepperish asun. Several days later, I’ve still not recovered from the pepper. Dude! :p I met his brother too, Tomiwo. A leftie. He calls me the leftie-advocate for that post I made about using the left hand. Who would’ve thought that the amazing Tomiwo had read my post? God of miracle, na my Baba o…shokies away

Oh, still on that same day, we met Tobi, a guy they used to go to secondary school with. Talk about a reunion of life!

I was supposed to see a movie with Olumide, doctor extraordinaire. Events came up and we decided to chill on Feyrouz and Hollandia as we gisted. Before long Tosin, Tomiwo, and the delectable Maryann arrived and joined in. It was mighty fun as we talked about everything. Obviously, and because we are what we are, OAU alumni were the majority, and the others were lost. dodges koko-shoe

I had gone out on my final evening with my cousin to buy a few things, after which I headed to the cinema to see one of my most anticipated movies from last year: Concussion. I was in a hurry, determined to chance anyone who came in my way of meeting the first scene when I met this dude before me on the ticket queue. Dude turned out to be Sesan, friend from camp and butty paddy. The shock could almost make me trip and fall facedown and lose a tooth or something. Sesan had come with his identical twin, Semilore, who I was meeting for the first time, and three other friends. We sat together eventually, chit-chatting and stuffing our mouths with sugary popcorn while watching Will Smith do what he knows best. We took a million selfies afterwards, and it would seem like the security would come and send us out for ‘over-snapping the premises’. Sigh.

Early the following morning, I was at the bus park with Sesan and Maryann, saying goodbye to the city once again. Akure had treated us good, and somewhere in our hearts, as I could tell, we hoped Port Harcourt would do the same. But there was only one way to find out.