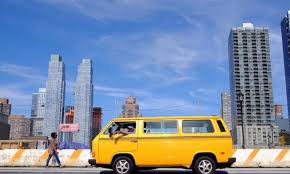 I’ll just jump right into it because I can’t even deal, not after my latest Danfo experience.

1.  The conductor with the body odour.

The body odour isn’t peculiar to the bus conductor, but most times he is the chief of the clan of smelly bodies. It isn’t enough that he is wearing a whitish-brown singlet with multiple grimy stains and is rubbing his bare shoulders against your bare shoulders, acting like he doesn’t know what he is doing. The moment he opens his mouth into your face and says, “Owo da leyin o”, and stretches his arm to reveal an armpit full of brown hair, the smell will hit you in the face with a BANG! It is worse when his mouth reeks too of that annoying sachet dry gin.

If you have nose masks, hold on to them. If you have hand-sanitizers too, don’t let them go. This is your survival we’re talking about.

This is usually the man or woman who gets a call on their cell and decides they need the world to hear their private conversation. Their  decorum level is ridiculously low, and their tales, more often than not, are filled with lies, with false information about their locations and situations. The last one I witnessed was a well-dressed dude on his way to work on a weekday, greeting his cousin on the phone with too much enthusiasm and saying he is in Ilorin and out of work, which is why he would not be sending money to him, or visiting him at his place in Yaba.

Our bus was at Alausa.

This one is usually a woman. She is sitting at the extreme end of the seat behind the driver, and unwilling to move her buttocks for anyone who joins her. Usually, it is the fourth person that joins her seat that tends to suffer the most.

“Mummy, e jo e ba wa sun ma” you’d say, hoping she’d have a change of heart and adjust just a little bit so you don’t fall out of the open bus in motion.

She’d look you over first, like ‘you didn’t just ask me that’, then go ahead and scrunch up her face a little to let you know the only way you’d get her to move is if you come and carry her. On really bad days, she’d ask you if you want her to enter the wall of the bus, roll her eyes, and turn away. She could dash you a cuss or two too, you know, something for the road.

These ones always, always have something to do on the backrest of the seat in front of them. It’s either they are clutching it for support they do not need, or resting their heads and arms on it and dozing off, or lapping a child who is holding a toy that is sitting on it, or carrying a load or long legs jutting out and poking you from under it. Whatever the case, they always find a way to establish contact with the back, butt or head of the person directly in front of them, which in this case unfortunately is you.

You’d look back to try to show your discomfort, they’d look at you and say sorry. As soon as you turn, they’d resume, like their life’s only happiness is to bug you till you scream. If you complain again, they might not even say sorry and look at you like your wahala is too much. By the third time, they’d voice it:

And everyone else in the bus will look in your direction and judge you for being the Nigerian that doesn’t know how to take things easy.

These ones never have enough money for the number of heads they come in with. They may be three teenage sisters with only a bus fare for one, or a woman with two children, planning to pay for just herself. In a bus with seats for four people each. In a bus with not even enough space for legs.

You’d get to sit beside them and already begin to dread the impending inconvenience when they’d ask if you can please help them carry something, or someone. And you already know your people. If you decline, you are a child of Satan, a heartless monster who does not know what it means to have children, who is an outstanding candidate for a curse of bareness, who has no heart, just chunks of broken flesh filling the heart-hole. If you as much as wince at the baby who’s pulling your hair and scratching your face, they’d say:

No ma, this child is not my child. I do not know you, or the father, or the child; I have never met you before, and I don’t plan on doing it again.

There are too many reasons these ones jump on to start a fight. They could say they are not paying the complete fare, and go on to trade insults with the conductor till it wearies everyone out. They can come in with a thousand naira note and insist they do not have change and will not get down from the bus either. They can claim the bus conductor is being rude to them and doesn’t know who they are, or that they are old enough to birth the conductor’s father. They can argue that the bus driver has passed their bus stop, or is driving way too fast.

There are usually spoiled for choice on what to fight over, and depending on how silly the conductor turns out to be, it can graduate from mere exchange of insults and curses to grabbing, holding, slapping and tearing. It can go BOOM! in a matter of seconds, but these ones are ready. They were born for Oshodi-type combat. They could win gold, if it were an Olympics sport.

These ones are obsessed with sitting by the door. They don’t even want to know what your reasons are, they have no interest in shifting in, and couldn’t care less that you frown. They’ll pull their legs to the side as they wish you luck finding your way into the bus with the little or no space provided. Of course, you are not allowed to step on them, or they’d glare you to your death. The door is their birthright, it is their lifelong pursuit, their purpose in life, and their mission for destiny.

Carry yourself inside. They are not moving today or tomorrow. Or ever.

This category is probably the most familiar. It doesn’t matter how crowded the bus is, there is no place too hot to share the good news. They are usually quite authoritative, these ones.

One or two people may say Hallelujah.

“That’s too small for my God. Let me hear you shout Hallelujah.”

“Is that the best you can do?”

It never ends. Some would go ahead and preach and make some biblical sense, but a vast majority wouldn’t. They’d talk about how God will give you everything you want, and you’d almost ask them if they have everything they want. They’d cast aspersions on women in ‘attachments’ and sentence them to hell by burning, then go ahead to speak of love. Then they’d instruct you all to bow your heads and say Amen, and if you don’t, the cycle will begin:

“That Amen is too small for my God. Is that the best you can do?”

Lagos and traffic are best friends. So it isn’t weird to find yourself inside a bus for much longer than you bargained, sweating and waiting for the traffic to pass. Within this time, there are people who easily could gain the whole world and lose their souls.

They’ll buy the standard gala and drink, and then go the extra mile to call on the plantain chips dude. They’d buy the current affairs pamphlet, then get walnuts from the black tribal-mark-faced girl. They’d not forget the boiled eggs, the oranges, the unsliced bread, the boiled groundnuts, the chin-chin, and then the ten naira sachet water.

They might invite you to join them because you’re sitting by them. It is a lie. It is not from the heart. Face your front.

This category doesn’t show up too often, but when it does, you know you’re in for big trouble, especially if, like me, you hate to be close to animals.

Turns out Mr. Mukaila is on his way to Allen to deliver two fat chickens to a client. He doesn’t even consider that maybe there is an Ife on the bus who cannot stand being close to squawking chickens, let alone sit by them. He comes into the bus and sits by Ife, him and his chickens, and gives her the creeps and disgust of her life.

If you ever get to sit by Mr. Mukaila tomorrow, don’t even bother. Just alight from the bus and find a new one. Those animals could cause you stories that touch the soul.

The Lagos Danfo is a town on its own. An amusing yellow town of diverse sojourners.