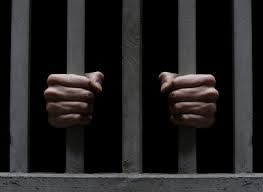 The judge was absent. The court was noisy. Birshamai turned behind her to have a quick look at Pepe. Her mood was sad, and Birshamai could spot black circles around her eyes, which looked like heavy sleep bags. She must have cried all night over her useless wretch of a husband. Birshamai could not be bothered. Everything was in her favor. Her charismatic lawyer had shown so much credibility in the way he antagonized the accused with the evidence he had acquired from her. His lawyer, on the other hand, had been weak in his defenses; with no proofs concrete enough to convince the judge. Now the judge was making his deliberations away from the court. People made their speculations in side talks. Daniel looked bleakly into the distance, awaiting his fate. So much was going on in that same room of the court. Minutes flew past. Justice Louis returned to his seat. The suspense that filled the air was substantial. More minutes flew past. Daniel was declared guilty. Pepe fell to the floor and wailed so loudly that Justice Louis hit his gavel harder than usual and ordered silence in his courtroom. Daniel threw his hands to his head and opened his mouth, as if in protest. Justice Louis slapped him with a ten-year sentence. The court rose.

‘I kinda like this place though’ he said to Tope as he walked to the dining room. ‘It’s not half as bad as I imagined it in the black Maria.’ Tope smiled.
‘And you think you’ve seen all that there is to this place? Mr man, do you realize how much time you have here?
‘Ten years isn’t so long a time.’ He shrugged. ‘Just so you know, I’m an incurable optimist. It is my disease.’
‘I see that.’
‘Well, you should. I’ve spent two years, seven months already. Life doesn’t move faster than this.’
Tope muffled a scoff as he walked on with his friend from the dumpsite they had just finished working on. His was a case totally hopeless. He could only wish he had something close to Daniel’s high spirits. The day Tope walked in on his wife and another man doing the unthinkable still resonates in his oblong head. He had just returned from work after closing an hour earlier due to a pounding migraine, and was surprised to see his wife’s car parked outside. He had walked into their home only to see the duo on the sofa, and he had lost it. He remembers vividly how he had dashed for the kitchen, grabbed a knife and stabbed the man who was hurriedly getting his trousers back on. When his wife tried to protest, he had dug her insides with the knife as well, almost like one under a spell. Then he had mourned, long and hard, and when evening came, he had called the police. The rest of the story wasn’t unpredictable. He had been sentenced to twenty-five years imprisonment, having been charged for manslaughter. Daniel had heard this story a million and one times in the last thirty-one months. Then just as they got close to the end of the day’s work, Daniel was summoned. Pepe had come.
‘Happy Anniversary, sweetheart.’ A jolly Daniel told his pretty wife. She smiled and said nothing.
‘I’m leaving, Daniel.’
‘Huh? Leaving…I don’t get’
‘Birshamai sold the house, withheld all our property, and is making life threats to me and Tejan. We can’t handle it anymore. My parents have asked that I come back home to Sierra-Leone. I’ll be waiting for you, but I can’t stay here anymore, Danny, I really can’t.’ She paused for a moment before she let her final words slip gently out of her mouth.
‘I’m so sorry, Danny.’

Daniel’s head dropped in in his hands at the thought of what just hit him. He begged her not to go, not to leave him helpless and lonely, not to listen to the voices of the opposition, or of the beast of a woman who plagued him. He begged, and shed a few tears, but Pepe was resolute. She eventually walked out on him and it was at that point he knew his life had been shattered. His wife and son were the only ones he lived for. Without them, he was no one. Nobody. The next two weeks found Daniel stabbed to dead in his prison cell.

‘Mommy, Aunt Beshy haf come!’ an excited five-year-old announced to his mom who was busy sewing a client’s dress.’
‘Ok dear, go and tell your dad in the study.’ She said.
After greetings had been exchanged, Birshamai asked Patience (fondly known by friends and family as ‘Pepe’) to kindly excuse them as she had some work-related matters to discuss with her husband. They got to the crux of the matter in minutes.
‘Aunty, you know I can’t alter the records. It will show in the end, and my integrity is at stake. I’m really sorry aunty.’
‘So it is me that doesn’t have integrity, eh? Answer me!’
‘No. That is not the point and you know it. It was through you I got this job, and everything that has come with it these past eight years. And you know there is no one that appreciates you as much as I do. But to alter financial records is something I cannot do. Even my conscience won’t let me sleep at night for the rest of my life.’
Birshamai soon raised her voice, threatening to pull him off his high horse if she went down. She had committed a fraud and needed him to cover her tracks, and he had declined? She was going to show him what happens to a tooth that attempts to bite the finger that feeds it’s host. She left the house in palpable indignation. Three weeks later, Daniel was arrested for conspiracy to defraud, alongside two other colleagues. Amazingly, Birshamai was the complainant.