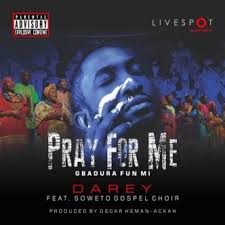 I recently had an interesting conversation about how Soul and RnB and generally slow-songs-singing musicians in Nigeria hardly ever ‘blow’. Blow, in this context, would mean maintain a long-term relevance on the music scene for their art.
They could blow because they’re exceedingly petty and cause trouble on social media; they could because they have dual citizenships, the kind that Nigerians respect and aspire to, and the artists keep getting lauded in the other country so Nigerians don’t want to ‘carry last’; they could blow within a certain circle to a certain sect e.g. Christians, because, well, they are gospel musicians with a different music scene altogether, or they could do a one-off ‘blowing’, where the song touches the core of hurting unmotivated people for a while, makes them cry, makes them resolve to try and then leaves them dry after several setting suns. Apart from these instances, the slow-singing musician would hardly ‘blow’. Nigerians appear not to have too much time for melancholiness.

The seeming exception to this rule would be Darey, formerly known as Dare Art-Alade, but then again it is hard to place him anywhere. For one, he’s too versatile to be shelved (think Fuji Dance, think Ba Ni Kidi, think The way you are, think Style na Style). Darey would sing three slows and add one fast that causes you to sway this way and that. He seems to have mastered the art of melodies so well that he has built an island for himself, somewhere between high-up-there and down-to-earth. His love for what he does comes across quite clearly that he is now in a class of his own, doing what he likes and making the world smile. There is no competition in the world that Darey lives in, just good art.

Tonight, I watched for the first time the video to his Pray for Me. Okay, let’s talk about the song for a moment, shall we? Pray for Me is deep –beautifully so– and powerful with melodies that soothe the soul. It is that song you would sing with your eyes closed; that song whose message cannot be dated as there’d always be the necessity of a father’s prayer for his son; that song that comes on the radio and causes you to pause in your tracks; that one. That he infuses some Yoruba and employs the harmonious deftness of the Soweto Gospel choir makes it all the more plush. Trust me, Pray for Me would outlive us all.

Darey has been known to pay thorough attention to his videos. Not The Girl was classy, retro More was sassy and 2016 Orekelewa made us gasp. Pray For Me is therefore no surprise. In the video, Darey showcases his impressive acting when he tells his father, portrayed by veteran Olu Jacobs, that he has decided to leave for the city. In a corner of the house, his mother (Joke Silva) eavesdrops on the conversation, worrying that the two most important men in her life are at odds. Apart from being Nollywood’s oldest and most popular power couple, Uncle Olu and Mummy Joke are undoubtedly the best suited for the role Darey casts them in. Joke Silva is a natural and Olu Jacobs reminds us why he’s boss as he takes on a role away from the stereotypy Nollywood has over time conferred on him as rich Chief and village King.

The story is very well portrayed in the video by Mex Ossai of Mex films, with its splendid directing. We discover that, while Darey’s character writes to his father four years after his departure, his mother is already dead but he knows nothing of it. He writes , ‘Hope Mama is doing okay.’ , but we know she’s six feet under, so it grips our hearts. His father is so swept by the letter that he rushes to his wife’s grave, perhaps in a bid to show her what her son has been up to, but realizes it is all futile and cries out to the heavens. We feel his frustration come through and it grips our hearts a little tighter. Then we see the young man, looking through the window in hope and fear, his eyes full of nostalgia for home, his will strong and resolute to survive in a place that still feels cold after being there long enough, and we almost begin to weep. Darey’s Pray for Me plays with our heart’s strings in a way that hurts it but heals it at the same time. 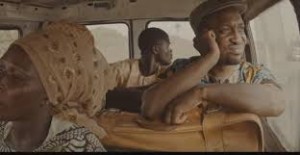 The brilliance, the attention to detail, the patient execution, the meticulousness in the song-writing, the deliberateness of the sound, the dynamism of his voice; these are the reasons we love Pray for Me, heck, these are the reasons we adore Darey. And so when he sings, whether slow No Stars In The Sky or fast Asiko Laye, we wouldn’t love him any less. And in the event that we don’t, Darey doesn’t care. All he cares about is producing great musical material, and on the long run, that’s the only thing that matters. So he ‘blows’, and we let him. We have no choice.