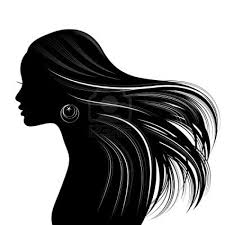 She stopped at the door for a moment, then shook off her raging nerves and pushed it open. Sitting at a corner of the empty restaurant was Jean, looking lovely and a tad lost. She wondered why her sister always looked like she had bad news to share, the pretty girl that she was. Maybe that was why…

‘Id!’ Jean exclaimed as soon as they made eye contact. It had been several months since they last saw, so her enthusiasm was expected.

‘Jeanie baby.’ She responded with not as much gusto, as she rushed forward into the waiting embrace.

‘How have you been?’ Id asked with a plastic smile after they had settled in their seats.

‘My dear, I have been there. Not much has happened with me since last time.’

‘What do you mean not much has happened?’ Id asked, making a face. ‘With all these flesh and radiance eh?’

Jean gave a hearty laugh at her sister’s tease.

‘Trust me sis, nothing is happening. I’m still as single as a toothpick. ‘

She thought as much. The only reason Jean didn’t think she had a lot going on was because she was without a man. When did her importance rely solely on her relationship status? She resisted the temptation to voice her thoughts.

‘Ah, I hope o.’ said Jean, clasping her palms together in a supplicatory fashion. ‘So, what’s up with you too?’

Id’s throat suddenly went dry. She raised her head to signal for a glass of water. No one was in sight.

‘God has been good.’  She said finally, swallowing saliva in between her words.

‘No. Erm…not exactly.’ She voiced. At least nothing serious has happened yet apart from a kiss. No, a few kisses.

Jean gave her a coy look as she slurred her speech in an ‘Oh yeahhhh?’. Id blushed.

‘You better start talking girl!’ Jean nudged her.  ‘Spill! Spill! Spill it all!’

The nerves started to creep under her skin again. Despite the fact that she was older than Jean by a year and a half, they had always seen themselves as equals; that was how they were raised. To tell her sister the truth was why she had called her to meet up whenever she was in town in the first place. Now she wasn’t so sure it was a great idea.

‘Remember the guy from your last two relationships?’

‘You’ve had so many you keep mixing them up.’ Id said, laughing and shaking her head.

‘How we for do am now?  When all of them turn out to be assholes in the end nko?’

‘I wanted to ask, how did you guys break up again?’

‘Oh, that guy is just a monster, a seven-headed beast. You know, Id, we barely dated for three months o. I had to call it off.’

‘But why? When I asked you then, you said he just wasn’t ready and refused to say more. Ready for what precisely?’

‘Ready for marriage now. Look, Id, I know you’re older than me and are not even considering marriage –yes, I find that weird –but I am twenty-five already. I need a serious man.’

‘Yes, I understand that. What did he do?’

‘What did he even do sef?’ Jean said, thoughtful for a few seconds before slapping the table. ‘Ehen, I think I asked him if he wasn’t going to propose or something, and then he took offense, started screaming that those were goals for later and we should just concentrate on the relationship for the time being. Id, you needed to have seen the way he was shouting at me that day. I was so pissed; I cried my eyes out…’

‘Thankfully you still have them on your face.’ Id quipped sarcastically.

‘It is a miracle o, my sister.’ Jean replied, laughing. ‘Anyway, that was how I ended things with him. That guy will be a wife-beater, I’m sure. Even his name says it all, I mean, who in their right mind bears Gogo?’

‘Yes. Goriola. Wait, how did you know this?’

She hadn’t been prepared for this yet.
Oh God, please let her not take this badly. Please…

‘Ok, so the thing is, I’m currently seeing Gogo.’ She expected the worst to happen now.

‘You’re what? Is this a joke or something?’

‘No Jean. It isn’t.’ Her boldness was coming back now. The nerves had failed.

‘How dare you? Oh so this is why you called to see me ehn? To tell me about how you’re seeing my boyfriend behind my back. I knew it, I knew you were up to no good.’

‘He isn’t even your boyfriend anymore.’

‘So? What if I still have feelings for him? Don’t you have any regard for my feelings?’

Id had foreseen some opposition as she rehearsed this moment in front of her standing mirror days before, but she hadn’t imagined  it would come this way. She had very few to-do options now, top of which was to beg.

‘Please Jean, it isn’t as bad as you think.  We met at a mutual friend’s wedding. We didn’t even remember each other until he mentioned his name, and then it all started coming to me. Before then, he had been warm and friendly and sweet, so when I remembered him as who you painted him out to be, I was a little torn on what to believe. It took a few calls afterwards to convince me to go out on a date with him, and since then we have been seeing each other.’

Jean stood up and carried her multicolored bag with her.

‘Since you have chosen to find love at my expense, I wish you the very best. I could never have guessed in a million years that my own sister will betray me like this, but didn’t they say to trust no one? Marry him o, die with him even.  I have nothing more to say to you. Rubbish!’

As she stormed out, Id remained glued to her seat, her mouth slightly open in wonder and her heart toggling back and forth between relief and uncertainty. She had not even gotten to the part where Gogo had proposed a week before.  With the way her sister left, she might never get a chance to tell.