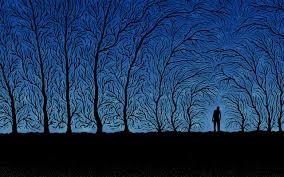 He watched her eat. Her thin lips enveloped the food with such precision that the spoon was wiped clean after every scoop. He wondered if she was a shy person; he didn’t like shy girls. He liked his women confident, assertive and bold. A shy girl was easy to conquer, and he detested easy prey. This was the only way he could find out –not like it always worked– he called it the pointed gaze method in conversations with his subconscious.

She dropped her spoon and lifted her glass to take a sip. She caught him staring, smiled, shrugged, then helped herself to a thirst quenching gulp. She opened her mouth slightly to exhale after swallowing the water, and the mere sound of it made him tingle between his thighs.

Boy! She isn’t even intimidated.

Most ladies had shown some level of unease at his pointed gaze technique.  Despite being classy pretty chicks, many of them had been either creeped out or felt a little uncomfortable. A lot more had tried to impress and he had exploited that. Whoever tried too hard to please him, he considered a tool to be used at his convenience, and he soon tired out of them.

But she was different. When he had offered to host her in his house, she had immediately agreed without even the slightest skepticism. Did she trust him that much, or was she into him that she was ready to grab the slightest chance at intimacy? These questions would forever remain unanswered in his head if he didn’t ask, and he wasn’t about to.

She took the last spoon of the cereal, held the spoon a little too long on her lips and lifted her eyelids. He was still staring, an unreadable expression playing on the skin between his ears.

‘Everything alright?’ she said, breaking the silence.

Startled by the sudden question, he swallowed saliva before finding his words.

He smiled. Only she could make Haruna sound so sexy. Only she.

‘Oh. Am I?’ he seemed to now cower under her unflinching gaze.

She smiled again, but didn’t answer.

Power had been out indefinitely at her place, she had told him. She had a presentation at work the next day, she also said. Then he offered. He had power, and he had a generator. Both ways, he had the advantage. So he offered. He even went ahead to feed her. Now, feeling all that he was feeling, he wished he hadn’t.

He was startled when his demon suddenly bellowed.

‘Shut up, you fool!’ he retorted. He wasn’t expecting any other guests, especially not this kind.

‘You know me. I might stop talking, but I don’t really shut up.’

‘I am you, Haruna. There’s nothing I want that you don’t want.’

He was breaking a sweat, in spite of the air conditioning in his room.

‘Please. I like this one. She’s different. I want to ask her out…’

‘Oh please spare me already. You can’t ask anyone out. You weren’t made that way.’

‘Come off it, boy. This isn’t even as hard as the others who you had to lure. This one was more than happy.’

‘She will never forgive me.’

‘Since when do you care about forgiveness?’

Truly, he didn’t. But wasn’t he a changed man already? Hadn’t the deliverance minister certified him free from all his demons? Where did this one hide?

‘You know I can hear your thoughts right?’

‘Okay, what do I do now?’ he was already on his feet. A force pulled him ahead of himself. He fought it. Hard.

‘You shouldn’t be asking me this.’

It was then he remembered a part of the scriptures the minister had quoted.

‘Oh shut up! Just do the damn thing, will you? I don’t have all day.’ It blew subtly on the back of its palms, the way ladies did on freshly done nails.

Haruna was at the door now. He couldn’t figure out how he had gotten there, but it was clear: the only thing that stood between him and his prey was the mahogany door of his room.