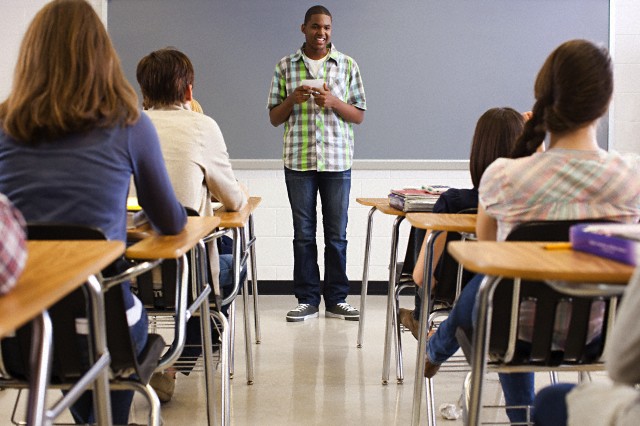 I might have to say this twice. He thought as he rubbed his sweaty palms together.

‘Quiet everyone!’
This time it seemed they heard him. The place grew quieter till it became graveyard-like quiet.

He inhaled more air than necessary, as though oxygen was fuel to his words. His left eye began to twitch nervously. After trying for the next few seconds to control it, he shut both eyes altogether.

Put your foot down, Peter. Put it down.

‘Just because I don’t talk doesn’t mean that I’m a fool. I…I know what I’m doing. I’m just giving you guys a chance to show your maturity.’

He ran his eyes over their heads. Surprisingly, he still had everyone’s attention. He couldn’t suppress the smile on the sides of his lips, just waiting to burst forth like fresh wine. It was too risky to smile just yet, but the smile had betrayed him. This was probably not going to gain good reception. Or not?

‘Some things might have to change in this union. If I will keep being your leader, you have got to show some respect and reverence for authority. For me. I can’t keep coming here and shouting on top of my voice to no avail. We are not kids anymore. We must learn to do things properly.’

It was going good. So far, no one had protested or shown some foul attitude. No one had argued or winced in disgust. No one had even said a word. This was strange, but good. Maybe Larry’s advice is what he should have gone with from the very beginning. Larry was his roommate as at the time the mantle of leadership of Ekuadu community union was handed over to him. He was barely nineteen and was in his second year, and as far as leadership was concerned, he was a green horn. He had been tempted to think that the only reason why he was chosen was because he was the only obedient member to the immediate past leader who was his predecessor. Being the naïve secondary school leaver that he was, he had entered the university with no radicalism or rebellion in his bloodstream, just shear obedience. Unlike the rest of the group, Peter would show up right on time for every meeting, keep quiet when the leader spoke, raise his hands politely if he had a question (which he only did once as he didn’t usually have questions). He was very well-mannered and polite, and soon enough, he had his name constantly on the lips of the president. From ascension of responsibility six months ago, till that moment, not much had changed, except that this time there really wasn’t any ‘good’ boy – the only one had been taken. Even his executives were no good.

Peter swallowed hard for the umpteenth time.
‘I need you all to go and think up ideas to make this union better and more impactful for indigenes of Ekuadu on this campus. It is not enough for us to converge fortnightly with nothing at all to show for it.’

Larry specifically told him to let the words sink in by pausing for effect.
‘it is called SELAH’, he had said. Peter had practiced this all night before his broken mirror to ensure that he looked good when he eventually did it before his members. Now he just hoped he had not overdone it.

‘Look at Nkala people, they are our neighbors and we all know how remote their community is. They even started their campus union just three months ago. Do you know how far they have come? They have created a concrete borehole plan for the community, and are currently contributing through their noses to execute it during the coming holidays. They have liaised with the local government chairman to assist them with funds for this project, as well as that of a new transformer, as the old one blew up last year and no one has been bold enough to lodge a complaint about it till the campus union was setup. ‘

‘These guys are making a lot of progress on behalf of their community here in the state university, miles away from home. But what have we done? Nothing. Nothing at all, other than fight, gossip, shout, eat snacks and then adjourn the meeting.’
At this point, Peter was getting angrier and bolder, more fired up than usual to get his point across to the wide-eyed folks seated before him. And oh how interested they seemed to listen to all he had to say.

‘if I am to keep being your leader, then first, I think you must respect me. Give me room to talk in meetings. Raise your hands if you need to say something. Only barbarians talk in thousands. The fact that everyone wants to be heard is what has held us back for this long. We must learn how to talk.’

Rather than cower as his inner voice had suggested, Peter decided to go on and establish his territory before he lost his chance. He had waited for a moment like this all his life. When he came to the room after his very first meeting as the president, he looked completely forlorn. A concerned Larry had asked him what was wrong, and he still remembers vividly how he told the story of his life, forcing tears back with all the strength in his back pocket. Larry had dropped his six pence worth of advice on leadership, and several months down the line, Larry had dropped a word or two to aid his leadership.  Only today had he become a true doer.

‘And if I’m to keep being the president of this union, everyone has to work. Think! Come up with ideas that can help. Don’t bark, speak! …’

A beloved brother was seen to be raising his hand at the back. Peter was impressed. Today was sure to be celebrated, his members had been transformed.

‘Yes o, since morning I just dey look you…’ somebody else quickly added.

‘Na only food you know?’ Andy said in disgust, gradually adding kerosene to the impending fire.

Then Sister Tessy, an overbearing older lady said something, and Jika replied her in her high-pitched accent-laden voice, and then the noise resumed, and progressed into deafening roars.

‘Hey! Hey guys listen! Quiet! Quiet please!’ Peter kept shouting, but this time his magic didn’t work.
He shook his head and sighed. His foot was as down as it possibly could be this time, but this union seemed hopeless. No! this union was hopeless. He was sure to tell Larry that the next time he saw him.

2 thoughts on “foot down”