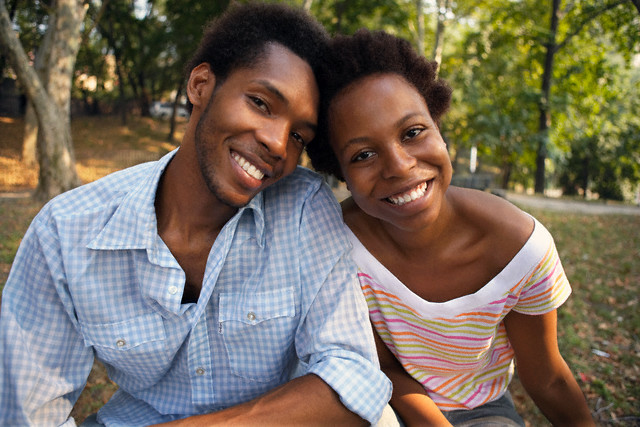 When it came to this part, I knew I’d win.

‘What’s your business with where I’m coming from or whom I’ve been seeing?’

‘I’m your wife, for heaven’s sake!’ She’d respond firmly yet softly, as one trying to suppress both anger and fear.

I’d shrug and put on the ‘whatever-looser’ look I’d recently adopted from Franca and Lucille.

‘Oh, so you remember that now. Interesting!’

‘Philip what’s happening to you?’ She’d finally say with worry spread over her brow.

‘I don’t want to get pissed this evening, please. Let’s discuss this some other day other than today.’

Tutu would then look at me long and intense, and drag her feet reluctantly to get my food.

It was fast becoming a routine, like a script for a soap opera that we had to rehearse again and again.

I can never cheat on my wife. As a matter of fact, she’s the only woman I’ve loved other than my mum and late daughter. She’s very special to me and I try my best to make her see that. We grew up in the same neighborhood as kids and have known each other for close to twenty-nine years now. While growing up, we had learned to love at an early age, and as the years advanced, our love blossomed.

I remember coming back home for one of my breaks as an undergraduate. She was yet to be admitted into school, but she had written me letters every week to bridge the gap that was created by my early admission into a school several miles from our hometown. I rushed home, greeted Maami and the boys, and dashed straight to her father’s compound. Her dad had been seated on the verandah, as was the usual, as he snuffed taba and topped it with emu funfun.

‘Ah-ah-ah…omo mi ti de ooo’ he announced my arrival as I approached their house. I prostrated immediately.

‘E ku ile sa’, I replied in a greeting peculiar to my dialect, to which there is no known English interpretation.

I saw Mama Lakin rush out of the house with her plump body swaying from side to side. I saw my Tutu sneaking up behind her and smiling shyly.

‘You are welcome ooo, my son how is acada?’

‘Acada is fine ma’ I replied the lovely woman with a slight bow. Mama Lakin was the nicest person I had ever met. Every time I came over, she always treated me like a special guest, despite, my many years of visiting.

Tutu had not greeted me verbally, but her eyes had done so much more; I understood them perfectly.

‘Tutu, come and give your husband a drink o’ her mother summoned her daughter. I had been fondly called Tutu’s husband long before I could remember. She turned to me. ‘Adewale, food will soon be ready, s’ogbo? I’m making your favorite; amala and gbegiri.’

‘Alright ma’ I smiled widely. I had come at a good time.

Baba Lakin and I had long conversations afterwards, ranging from academics to politics to religious matters. Then we talked about Tutu. Her father was worried that he had not gathered enough money for her university education. The proceeds from his yam farm were really meager that year, and were barely enough to take care of the family’s domestic needs. He was afraid she might not be able to further her schooling, and might end up learning a trade like the other young girls in our home town. His dream had always been to educate her till tertiary institution, because, according to him, no child was less important than the other. He had only two children, a set of non-identical twins, Adetutu and Oyelakin. While Oyelakin was still in secondary school and doing poorly in his studies, Adetutu had been the bright one, coming out in flying colors from the very beginning. Her parents were really proud of her, but as it seemed, their hopes concerning her studies were starting to dim.

‘You know, the elders say that if the elephant hasn’t enough to eat in the forest, it puts the forest to shame. This is a real shame for me, omo mi. But I haven’t broken the bad news to her yet. For the first time, I don’t know how to talk to my daughter.’ He said in alarming despair.

I sighed. I was disappointed in the fact that my plan to be with Tutu in university wasn’t going to see the light of day. That evening, I returned home with the same measure of despair as Baba Lakin. It was way too infectious.

Two weeks after, I was back in school and was washing dirty dishes behind my hostel when an idea struck me; I could work for the money Tutu’s parents didn’t have. I was in the city, the great Ibadan where unending opportunities abound. I began immediately looking for a part time job, and I got one as a clerk in an estate management firm. The pay was okay and the duration was flexible, so I took it. I saved for a year and sent all the money to Baba Lakin to use it strictly for Tutu’s education. I didn’t stop when she got into school, I brought in all the money I could get and Tutu never let me down in her performance. The moment Maami got wind of the fact that I had been the one paying ‘omo Mama Lakin’s’ tuition, she let all hell lose. She wrote me a letter asking me not to pay a dime for her bride price since I had paid it all. I laughed out loud when I read it.

All these happened about ten years ago. Between then and now, I had married Adetutu, my childhood love. Our wedding had been the talk of the entire town.  I had changed jobs twice, and was now settled as a business development executive for one of the famous multinationals in the state capital. I had had a set of lovely twins by her. Life was indeed beautiful. Where the problem really began in my marriage is hard to tell. Our marriage was two years old when our twins had been born, a boy and a girl. I remember the very joyful moment when I named them Toluwani and Tolulope respectively, despite my wife’s insistence on English names.

‘You can give them their English names, but the names I will give them are what they will bear’ I had told Tutu two days before their christening.

‘But Phillip…’ she was starting to say.

‘No dear.  You’ve had your chance. I think I’ve been fair enough.’ She sulked for a good part of the night before she went to bed. I don’t still get what my wife has with English names. She even called me by my baptismal name as opposed to my native name which everyone else knew me by.

When the kids were three, we lost Toluwani, our little girl. Her death was Tutu’s fault, plain and simple, and I’m not sure I can forgive her just yet…

5 thoughts on “from where we came.”