She would wake up with her eyes widened, probably in a bid to ensure that they opened even if they attempted not to. She would take a quick look round and observe the darkness outside the curtain-lesslouvers. Then as one enchanted, she would take the same look, gently this time, moving her head with her eyes. She would notice her two roommates curled up in different positions on the smaller bed, and wonder where all the space beside her on the big bed had gone. Then she would convince herself, silently in her mind, nodding slightly, that she couldn’t have been a karate fighter in her sleep. She would suddenly remember what woke her- a concoction of reactions from her middle body, one from her bladder threatening to spill its yellowy contents on the hard Joy Dreams mattress, and the other from her tummy, rumbling in dissent of the unfair treatment it had received all day. She would sit up, wondering which to respond to first.

Then her feet would hit the tiled floor, and pull her up before she gets a chance to protest, and lead her into the restroom adjoined to her room. Minutes later, they would lead her out, straight into the kitchen. She would do a hasty inventory of what is and what is not with her wide eyes, grope in the darkness the spoilt kitchen bulb has created, and finally bring out the sachet of goldenmorn and milk, and her long mug, the one she took from her sister’s house the last time she’d visited. In alarming swiftness, she would pour- milk, cereal, water and a little sugar- in quick succession, and urgently dig into it while walking briskly out of the darkness into the better lit room.

‘Babes, are you hungry?’ her namesake roomie would ask, her tone laden with feigned concern, for all her attention is rather focused on her personal computer. For lack of an appropriate greeting for those who have woken up at the beginning of dusk, she must have delayed talking till now.

‘Hmm…’ she would reply in a grunt. ‘Plus, my tummy hurts’ she would say, amidst rushed spoons of the soggy cereal.

‘We should make rice then.’ The same roomie would say in a final tone and unpredictably rise to the task. ‘Hmm…’ she would grunt again, and swallow noisily another spoon of her cereal. Her last roomie, for whatever reason, would choose to remain silent, her eyes from behind the thick novel opened before her, darting from person to person, probably waiting for them to tell her what to do.

‘I’ll get the eggs.’ She would say, silently hoping that the last roomie would object and volunteer to go instead, since whoever got the eggs paid for them. But she would hear nothing, and will place her empty cup aside and dash for the overrated buttery across the street. She would hear from afar the sound of a familiar Mexican soap opera, but would ignore it and purchase the eggs, and return to her room, many things on her mind, the most prominent one being her latest case of insomnia.

‘Now that I have slept during the day, I would not be able to sleep till tomorrow morning just as it happened yesterday. Bloody insomnia!’ She would complain in soliloquy, pouting and reaching for the doorknob. ‘I have bought the eggs.’ She would announce in the room, for anyone who cared to hear it. Then go to the big bed again. Curling up her tiny legs into the warmness of the bed sheet, she would flicker on her mini laptop, sniff in the slime that had formed in her nose due to the overzealousness of the ceiling fan, open a new page on Microsoft word and pen down the title of her next write up- INSOMNIA. Then she would keep on typing, beginning at the beginning of it all. 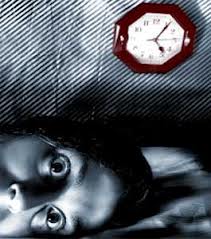