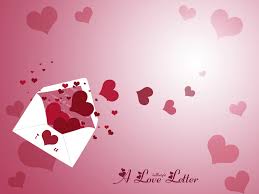 Seeing the triumphant gleam in his eyes, I got sick in the stomach, and I could feel my indignation drain the colour from my face. I didn’t know when I landed him punches on his nose, until it began to bleed.

This must be interesting, he muttered to himself, shaking his head in amusement as he unfolded the  letter.

let me say that I am sorry I put you through this. It was love that drive me crazy.  It all started last year during our second term exams. If you remembered very well, you sat beside me for Biology exam. I read overnight and that morning I have a terrible head ache that want to burst my brain. When the papers came and I saw the questions, I just go blank! I started to cry silently, and you ask me what happened. I was even surprise that you can care, because all the things I have hear about you.

I told you I am sick, and you took pity on me. You allow me to copied from you and I pass the exam with a B3. I was very happy, I could not have done it without you. Since then, I have been watching you, and in SS3, I just fell madly in love. But I did not know how to tell you, so I start to write the letters.

But when you said you think we should meet, I became very afraid. I am not bold enough to face you, because I am afraid you may turn me down because since that day, you have not even say a simple hello.

And now, I start to think that you think that it is Titus that is writing the letters because of the way you are looking at him yesterday.  No, it is not him. It is me.

I know what may happen after this. You may hate me, you may never talk to me, you may even tell people about me, but I am ready to take what comes. I cannot keep lying to myself and you. But I am really beg that you just let us be friend if we cannot be lovers, because it will hurt me too much if I don’t get a chance of being close to you.

I might just throw up, he said, bursting into hysterical laughter. He still had a smug smile on as he tore the piece of paper whose contents he had just read, into shapeless shreds.

‘Are you sure you dropped the letter at the right place?’

‘I’m very sure. And I’m almost certain he took it too, because not long after I dropped it, I went back to check to see if I could catch him picking it up, but he wasn’t there, and neither was the letter.’

‘My friend, answer my question bo!’

‘Madam Ufy, abeg o! Yeah, well, the only other alternative is old-papa-Tubosun and that Hausa dude in our class, which I’m certain cannot pull off a stunt like this…’

‘Hakeem. So that leaves me with Titus. The way he was looking at me though…’

‘Trust me, he looks at every girl like that. I’m surprised you’re just noticing even. Maybe he fears girls.’

‘Hmm-hmm! For the second question, who else go fit take letter? The place is coded na? Only both of us know where to find the letters.’

‘Three of us. You showed me, remember?’

They both laughed for a while.

‘And to think I was starting to like him.’

Ufuoma threw a hand vaguely across her forehead, a faint smile playing around her lips.

‘Let’s see what happens on Monday.’ She said, dismissing the issue.

I immediately knew he had an ulterior motive with the glint I caught in his eyes. On my way home, I kept pondering on what to do and how to handle the whole situation. I thought for a long time, and by Friday morning, I woke up to an idea. Common sense finally took pity on me. Yay!

So I completely understood when, on Sunday evening, Garba came paying me an angry visit. If he was at home, with the manner with which Garba banged on my door like one who was being chased by an aggrieved cock, I bet Baba would have had a heart attack and died. Thankfully, he wasn’t.

‘Ah! Garba! Menene? Wetin happen?’ I asked him with a voice I couldn’t believe had come out of me. Garba can bring out the strange in people.

‘You dey craze o!  Aswear!’ He touched his tongue with his fore finger and pointed it to the sky, and my gaze obediently followed. ‘Why didn’t I see either you or Tracy yesterday? I kept calling you so I can come get the money, you were ignoring my call eh? And the Tracy girl didn’t even show.’ He eyed me suspiciously, and asked with his voice slightly too loud. ‘Did you give her the letter?’

‘I swear!’ As I spat out the two words, Baba’s voice came ringing in my head, reminding me never to swear falsely. I silenced it immediately.

Garba looked at me doubtfully.

‘And you are not sad? I thought you wanted her to like you back.’

‘I am sad. I am. But I guess, I’ll have to get over it.’ I tried to sound convincing. He was quiet for a while, studying me. If he had any doubts about what I had told him, he showed very little of it by the time he was leaving. I sighed in relief. If I wasn’t getting the girl, Garba wasn’t getting her either. My plan had worked.

Phase one over, now to phase two!

On Monday, I braced myself for the reaction I was going to get from Tracy. I had finally come out in desperation, blown my cover and it was all up to her now.  When she came to school, however, I didn’t get any form of response: she didn’t look at me, she didn’t say anything to me. Nothing! I was completely dejected because I realized that she must really hate me now. When I got home, I put ‘You’re beautiful’ by James Blunt on repeat, and kept screaming out the ‘I can never be with you’ parts in a bid to drown my sorrows.

By the end of the following week, I began to notice something really funny -a form of closeness between Titus and Tracy, and some rumors to match. Titus now seemed a lot more confident than I’d ever known him to be, and Tracy always had a reason to go over to his seat. I couldn’t comprehend what was going on, so I confronted the geek. I died inside when he told me.

I goggled at him in disbelief.

‘No buts Hakeem. I saw your dumb letter, and I replaced it with mine. Now Tracy loves me back, and that’s all I’ve always wanted.’

Seeing the triumphant gleam in his eyes, I got sick in the stomach, and I could feel my indignation drain the colour from my face. I didn’t know when I landed him punches on his nose, until it began to bleed. They carried him to the sick bay. Me, they carried to the staff room. No one will ever understand, so I’d lie if they ask me why.
Then that Westlife ballad began to mock me in my subconscious: