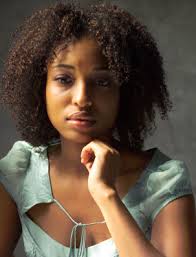 Taiye Adegoke was coming to Lagos. He had told Ada over the phone that the company he worked for resided in Lagos and sometimes he came around the office to work. He was hoping he would see her and Ada had consented. Ebuka was in her house and she had discussed with a couple of friends about her job search, including Tai. She was hoping he had could proffer some solution to it.

On Saturday, he came over to visit with his four-year-old son. The sisters made pancakes and got soft drinks and they all had a good time. He had also brought news about a job interview as admin officer in an oil servicing company. Ebuka was ecstatic. The day ended with father and son leaving in the evening and promising to revisit soon. They had officially become family friends, but Tai seemed to want more. He had exclusively asked Adaobi out on a date scheduled for Wednesday evening, to which she had responded in the affirmative. She knew she liked Taiye, but she wasn’t sure she liked him in that light, the light he wanted. She knew what it felt to be attracted to a guy, she had felt it several times, and as far as she knew, that was love. She couldn’t tell if she was attracted to Taiye that much.

Only time will tell…

On Tuesday morning, Ed had arrived at work as usual, and like one enchanted, had come straight to Ada’s desk.

Oh no! Not another silly favor, please!

‘Cecilia, I’d like to take you out for lunch today and I really am hoping you won’t object to it.’

Seeing that it sounded more like a statement than a question, Ada simply smiled and continued with her work. She wasn’t expecting much from the corky young man any longer. She had decided to just go with the flow in hope that someday soon, everything will sort itself out. That morning, that had been the prayer she had said before stepping out for work.

At lunch, Ed had been the perfect gentleman; opening the door, pulling the seat for the lady, asking her what she wanted. To top it all, he had taken her to one of the fanciest restaurants on the island. She didn’t know why, but had been the lady and accepted it all with grace. Then after a couple of random talks, Ed started to say something.

‘I’m really attracted to you, Cece. And though I haven’t known you for too long, I feel we have this connection that is electric. I know you feel it too. And I’d love for us to go out, if that is fine by you.’

Ada was in shock. She was at that point when she was about getting her mind off Ed and probably giving him a warning about his flirtatious and rather annoying attitude, and then this? She couldn’t believe it. He didn’t seem to mince words at all, did he? She had waited so long for this, but all of a sudden it didn’t feel as exciting as she had expected. She was torn.

‘Err…Eddie,’ she paused for a while to get her words right. ‘I won’t deny that I find you quite attractive, but I like to know people well before taking decisions like this. I think I’d need some time to get to know you better, and think about it as well.’

Ed scoffed.
‘C’mon Cece, we aren’t in high school anymore. You really don’t have to play hard to get with me. If you’re attracted to me and I am to you, can we just be true to ourselves and get on with this relationship?’

Adaobi was terribly annoyed. Who was this guy anyway?

‘Look Edward, or Edmund, or whatever it is, if you do not respect my decision to take my time, we might as well just forget that all these ever happened and return to the office.’

‘Whoa…whoa…I’m sorry okay. Don’t take it so personally. You know what, I’ll give you time to actually think about it. And while you do, feel free to ask me any questions about myself. I’d be ready to tell you anything.’ Then he looked at her in a manner that almost tore her heart apart, took her left palm and kissed the back. Chills ran down her spine so quickly, yet so sweetly. He smiled, as if knowing the effect of his actions, and continued eating his food.

The date with Taiye had gone down very well. He had taken her to another very decent restaurant, and they had talked about everything and anything. The night had ended with Taiye telling her how he had come to be so fond of her over the past few months and asking her for a relationship.  Ada was overwhelmed. Two proposals in less than forty-eight hours! As she had earlier done, she asked Taiye for time to think about it, to which he agreed. The rest of the dinner was as cool as it was at the beginning, nothing was awkward.

For the rest of the week, Adaobi had a lot to think about. Edward Okike was really cool and she was totally attracted to him. As far as she knew, he was an only child of wealthy Igbo parents, which was probably the real reason behind his cockiness. He was thirty-two and quite comfortable with first and second degrees in Economics. He hadn’t been very stable with relationships and had very weird opinions of women; the most striking one being that his wife didn’t need to work because he had enough to take care of her.  As good as things were about him, he seemed not mature enough for her and that to her was a major cause for concern.

Taiye on the other hand was a very mature thirty five year old twin with a cute son she had come to love. He was her friend, and she liked him a lot. He was attractive, though he never made her heart race, and he was a very responsible man, judging from the conversations they had had. He had helped her sister with her job and cared enough to come for a burial he didn’t have any business coming for. He had travelled all the way to see a friend which showed that he really valued his relationships. All these notwithstanding, he had a very unstable job that moved him from place to place. She couldn’t bear to move around with a man at the expense of her job, and she couldn’t cope with long distance too.

Ada was confused.
There was a time in her life when every passing man was a prospective suitor, when she couldn’t even manage to sustain the attention of one man, when her relationships were majorly instigated by her and she practically struggled to keep them afloat… what had changed? Now she had two good men fighting for her attention. What was she to do? Who was she to marry?