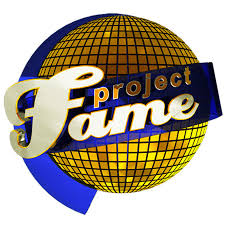 Fellow humans of the world who own DSTVs and SoundCitys and AITs and HipTVs… MTN Project Fame Season Nine is upon us, and trust your gyal to give you all the juice.

I bet someone somewhere is saying, Ehn, project fame shift wan side, the Voice is the littest

Yeah, warefa. I love the voice, but who doesn’t enjoy the humor in Project Fame auditions, and the thrill of watching the contestants in their nine-year-old home, listening to Uncle Ben sending them out of his class with his eyes threatening to fall off their sockets and his mouth twisted to the angry side of his face; and seeing people form relationships, alliances and beef. Isn’t it just interesting?
So let The Voice stay where it is and let Project Fame stay where it has always been. Nobody is harming anybody. Inugo?

Okay, where was I? Project Fame has started, and it is looking good. There are already voices that make you want to cry and ask Baba God who sinned that made your voice so horrible when he gifted some other people with voices that feel on the skin like feathery movements that birth laughter. And then there are the cute ones already, the baby-faces who are just adorable and look like Easter bunnies when they’re not aware you’re looking at them. And there are the playful ones and the razz ones and the gentle ones and the altogether annoying. But let’s keep watching. We have only just begun.
Because I am the generous human being that I am, I have decided to compile a list I’m sure you would like. Yes, you.

So, have you ever tried hard to remember something that happened in your past, like who dated who in high school, or who was the class captain of your class when you were eight and still bedwetting? And while you were trying to remember, did it ever cross your mind to ask Google? And did you laugh at how silly you had become when the thought crossed your mind? Yes, then this list is for you.

Season 4. (I actually didn’t watch even one episode in this season)
Winner: Monica Ogah

More updates will come shortly. Till then, enjoy. No, don’t mention. What are friends for? 😉😜