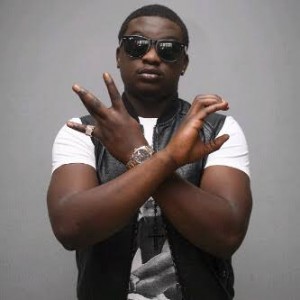 In the midst of the noise, good or bad, that rocks our clubs and bars and car stereos, there is that occasional voice that emerges like a phoenix, the one that doesn’t just move your legs but stirs your heart, irrespective of what it is on about. There is that occasional voice that you listen to with keen attention; that you shush your friend to hear, that your hands move on their own accord to applaud when it fades out. That voice holds a promise that continues to give, song after song, hit after hit, till it rises and cannot be stopped.

Innocent Idibia had that. Has that. I remember crying when I heard ‘E be like sey’, I remember wowing when I heard ‘If love is a crime’, how I carried it with me everywhere, in my smart and not-so-smart phones, in my head and in my heart. Have you heard ‘Raindrops’? It would move you. Tubaba had that raw creativity that oozed out of him like a body odour, impossible to ignore.

Ayo Balogun has that. From his under the radar days to his big-hits days, Wizkid has continued to make great songs. ‘Holla at your boy’ went viral. ‘Pakurumo’ was smashing. All his feature songs have turned out hits, just because he lent a voice in them. It isn’t so much about his voice as it is about his mind, his creativity, how he knows what to add to make something sound irresistible. Isn’t it why international artistes have him featuring in their songs?

While a few other names would conveniently fit into this list, like the Teknos and the Kiss Daniels, there is one name that cannot but be mentioned, even though he is not in our faces. He is none other than black Mohits wonderboy, Wande Coal.

Remember Mohits? Don Jazzy and D’banj and D’Prince and Dr. Sid (what with the D names?) and KaySwitch and Ikechukwu (?) and Wande Coal. It was the record label to beat; all men with unique styles and swag and club bangers and all. Wande was the gemstone whose voice gave their choruses a shine, at the time Don Jazzy was too immersed in his producing to sing. Wande was (is) phenomenal. His was a voice that made songs summon you , command you to shut up, sit and listen no matter who you were or what you were doing. It just made you curious:

And so on and so forth.

When Mohits became Mavin, Wande ported with his boss, Don Jazzy. It wasn’t too long before kwanta surfaced and Wande left Mavin too, and it would seem that Mavin left him too, fame, fans and hits. I don’t even know what happened sef, gossip blogs have made the matter messy, but our Wande has not been the same since.

Of course, his voice has been the same, but on the Nigerian scene, it is muffled, except for the occasional feature song that puts him back in our faces for a while. There is Patoranking’s ‘My Woman, My Everything’ that rocked our charts and ears for months, or Olamide’s ‘Who you Epp?’, or Flavour’s ‘Wake up’, but it is nothing like we imagined from the brilliant singer. A career which was once purposeful and consistent has suddenly become like a rainbow, rarely showing up and showing off. It is saddening that this promising talent is lost in the middle of scandals and tussles and doesn’t seem to be finding himself early enough. And it is disappointing, because we had too much faith in his abilities, a faith that has begun to lose colour, in spite of Wande’s latest unflattering hairstyle. 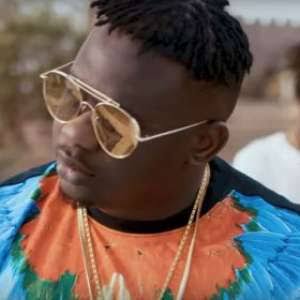 I’ll never understand this hairstyle. No, not in this life.

Still, all we can do is wait. Relevance in the music industry is as slippery as carelessly tossed banana peels. And while huge talent would play a major part to keep the centre holding, it is not all that there is to it. Somebody help us find Oga Wande and tell him these, before he becomes an antique on our scene, only to be remembered fondly as a used-to-be.