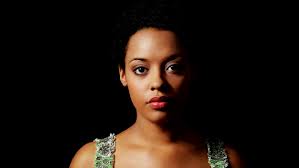 The sun was up early on this Saturday morning. The neighborhood of my hostel seemed quiet but busy, largely due to the usual activities of the weekend- washing and cleaning, shopping and sleeping, cooking and visiting, the list was endless. In my room, Saturday mornings were for washing, after which we both went to the town’s market for purchases in readiness for the coming week. This morning, I woke up late and with a headache as large as my head itself, I managed to mumble a greeting at Bisi and rolled to the other side of my bed to resume my sleep.

‘Bisi, fimile. I have a headache!’ I blurted out, and covered my head with a free pillow.
It was odd that I’d burst out like that, so Bisi went on with the activities of the day, guessing that I really needed to rest and be left alone.

I struggled to get up and take a bath at 4pm. My temperature must have been about 40degrees, I was burning! I staggered through the room to get my towel and sponge, and wriggled to the bathroom to turn the shower on. I observed on my way that the basket of used clothes, which was seated innocently in the pantry before the bathroom door,  was empty and Bisi was not around.
This girl is such an angel, I thought to myself as I figured she had done my chores for me and was now at the market.
I had a very sluggish bath, shivered through the entire process, and went on to rub excessive pomade on my body in a bid to keep myself warm. I threw on my pajamas that I had just peeled off minutes before, and jumped beneath the duvet for another round of sleep. Matter-of-factly, sleep was all I could think about.

Then I had the strangest dream. I was walking on the sun and it was burning my feet. As I winced in pain, I lost my balance and fell into a big sea. In the sea, there were people roasting bush meat and drinking gin. Then mango trees started shedding their leaves and so the merry folks ran into their huts, leaving me calling out for their help.
I opened my eyes, and hissed.
Stupid dreams really do torment sick people.
I checked the time, it was 6:47pm. I looked around, Bisi was not yet back. I became worried. It had never taken us this long before. My weak hands scurried for my phone.
Seven missed calls!
How did that even happen? I only knew of headache, had deafness become a part of the deal?
I looked past the numerous missed calls, never minding that My D’s call was among them, and dialed Bisi’s line. It was off! Where on earth could she be?
I shouldn’t worry much, she has probably gone to school from the market to attend to something pressing, I concluded.
My tummy rumbled something that sounded Chinese, I rubbed it with my left palm and pulled myself up to find food. I found the Kellogs pack in the drawer and poured in more milk than necessary, since I really was slow at everything, including turning the pouring milk sachet back up when it was enough. I poured in some warm water and munched on it like an angered rat.  Few minutes later, I hurried to the toilet to empty my running bowels, and as I defecated watery faeces, I vomited in the bath! Only then did I realize how sick I was.
I started to cry, like a baby in weaning. Where was Bisi at a time like this? My worry immediately translated to anger, as I wondered where she could have been, especially since she knew why I wasn’t out with her on Saturday.

After cleaning up, I called My D who told me he was going to be with me the next morning to take me to the hospital. He worked in Ibadan, just a forty-five-minute drive from my school. He advised me to get rest, and reassured me that Bisi was fine and will return home soon.

‘You worry too much, baby. For all we know, Bisi might have been held down by the rain.’

‘But it didn’t rain’, I said in my baby voice. I only use it when talking to My D. If Bisi were around, she’d have cleared her throat teasingly.

‘You’ve been indoors since, Fola, you can’t be so sure. It has been raining cats and dogs since afternoon, here in Ibadan’

‘Yes. Now go to sleep Sweets, see you tomorrow.  You know I love you.’
I smiled.

Bisi Jagun came in at about 10 o’clock. I had been so worried it knocked sleep off my face for the first time in hours. I queried her about her whereabouts. I was upset she had gone for so long without a call.

‘When I saw how sick and tired you were’, she began in her sonorous voice,’I decided to wash all the clothes myself. As soon as I was done, I spread the clothes and made breakfast. I woke you up to eat but you weren’t responding, so I got dressed and went to the market. the money I had on wasn’t enough, so I went to a bank first to use the ATM. This took a while, since there isn’t any ATM close by.

Afterwards, I went to the market and bought all the things we need, and just as I was about to leave, a thunderous pouring rain began. Most traders initially took it for granted and left their wares close by, hoping it’ll subside early and they can go on with sales, but the rain just won’t stop. I stood there for hours as the rain poured non-stop, until the shed I was under started to leak profusely. I got drenched in the water before I could find a new place to hide, and while I hurried to the new place, my sandal straps snapped and I fell.

When the rain  finally subsided enough for people to walk under it, without dripping like a soaked mop, the roads were flooded and messy, and cars couldn’t move. I was in traffic for another two hours before the bus driver finally maneuvered his way through and dropped me at the junction. My phone was off because my battery ran out. I kept wondering if you were okay, and even got you some pain relievers from the pharmacy. I’m so sorry dear…’

I gaped in amazement as Bisi spoke. Her selflessness was baffling! From that day onwards, I decided there was nothing Bisi required from me that I wouldn’t give her. It was a commitment I made to myself, and to the best of my knowledge, I have kept to it.

*’fimile’ is a from the Nigerian Yoruba, meaning ‘leave me alone’.