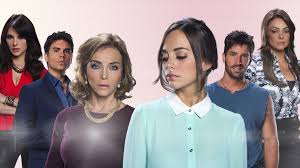 Even the creators know, (and those of Zee World TV), that shows like that would attract the attention of more women than men. Women are emotional and more relationship oriented, so it’s easier for them to relate to stories about love and the troubles thereof. But then, we all followed Mexican soaps growing up, boy or girl. Boys stopped when their friends began telling them Mexican soaps are for sissies. What peer pressure will cause in this life!

I find the Telemundo series, ‘Part of Me’, among several others I have seen briefly, a classic. If I ever get to write a Television series, I hope I am blessed to have my audience eating from my palms the way the writer of that series does. I hope I am able to control their emotions, get them agitated and excited as I please, get them guessing what will happen next, and then disappointing them afterwards by making it go in any direction but theirs.
The fella who wrote that story is one smart-ass.

Yes, I know, it has lots of similarities to the popular telenovela ‘Second Chance’. I saw that one in secondary school and it always had me in awe. Quick synopsis: Rich classy man is murdered by his subordinate ,has his soul roam around till it enters into a young handsome uneducated body miles away. The new man finds his way to his home, gets a job as a worker and plans his revenge. In this case, it’s a woman. But the main story lines are very similar. It gets funnier when you realize that Vanessa Villela who played the role of Angela in Second Chance also played the role of Elena in Part of Me as the main villain. Crazy stuff, yeah?

The similarities notwithstanding, Part of Me (let’s call it POM shall we?) still manages to hold its own and build its uniqueness as a completely different telenovela. The side attractions are fantastic, and how they fit into the main storyline is just so perfect, there’s barely any loophole. The acting is fantastic too, and as you empathize with Rodriguez, an elderly librarian with two sons and a wife who’s left him because of his addiction to the bottle, and all the difficulty he encounters along with his family, you can’t but be pleased with Aylin, a funny, happy-go-lucky aspiring actress who lives life one day at a time and isn’t afraid of reaching for what she wants. While at it, you’re admiring Diego, a young handsome man who will go to the ends of the earth for the woman he loves even when he believes she has a multiple personality disorder. Every single story is rich and deep and will get your heart racing.

In terms of the message it portrays, POM is lessons-ladden. It touches on several societal issues chief of which are corruption and human-trafficking. It deals also with issues bothering on betrayal, love and loyalty. It has a message for just about everyone.

Is it possible for a soul, after death, to move into another body? I don’t know really. I don’t think so. I saw something like it in the sci-fi-ish Hollywood 2015 movie ‘Selfless’, but then again, one cannot be so sure with these movie makers and real life technology. I’ll just leave my mind to believe it as pure fiction and nothing more.