We knew how the drill went –she would raise us up, and spin us round and round and throw us higher and catch us and spin us again. When her innate urge to play had been satisfied, she would throw us down and head to the kitchen. And then we would barf, Mimi and me. We would empty our guts into the large blue bathtub, gasping till our ribs ached. Sometimes Mimi would ask me if I knew why she always did it, but I would shrug in innocent ignorance and ask her to ask her. Today things were a little different though, and strangely, it didn’t make us happy.

Mimi had dropped her schoolbag on the king-sized mattress we both shared, her face scrunched up like an overripe potato.

‘Shirley, you see Aunt Tai didn’t carry us up today?’

I nodded. Mimi always said I was too gentle for her liking. Mum used to agree with her too on several occasions.

‘Hmm-hmm’ I said, jiggling my head from east to west. Mimi looked me over with a cold eye and sighed.

‘I think something is wrong with Aunt Tai’

As she spoke, I joined her on the bed where she sat up. She had not pulled her sandals yet and they seemed to be soiling the brownish-white bed sheet. It was usual that she didn’t, she really didn’t care about things like that, maybe because she always had a penchant for more serious issues than staining a bed sheet. Mimi was never short of reasons for why things were the way they were. Even when she didn’t have one, she managed to invent, sometimes with the strangest innuendos for a ten-year-old. I think this is why she was so brilliant; she never gave up on anything. Unlike me.

‘What do you think?’ I asked, disinterestedly.

We sat still in that position for another fifteen minutes or thereabout while I patiently waited for her to break the ice. I soon realized that she had slept off and soon enough I joined in and had the most bizzare dream for a Tuesday afternoon.

I dreamt that Father brought in a lady to the house, with a protruded paunch. He said she was going to be our new mommy. Mimi was shouting atop her voice while I just looked at the lady who seemed very familiar. Was she going to be mean? Or was she going to be just the way mum was, sweet and gentle? I was still trying to decipher the face of the lady when Mimi shook me.

‘Shirley, Aunt Tai is throwing up. I think she’s sick.’

I jumped down from the bed and tailed Mimi on my tiny legs to Aunt Tai’s bathroom where she held her tummy and sat on the floor. One look at her and I knew who was in my dream. I felt like for once in my life, I might actually be first to solve a puzzle. I pulled Mimi aside and whispered in her ear with mischief in my voice:

‘Mi, I think Aunt Tai is going to be our new mommy.’ 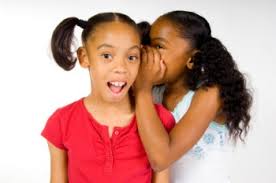