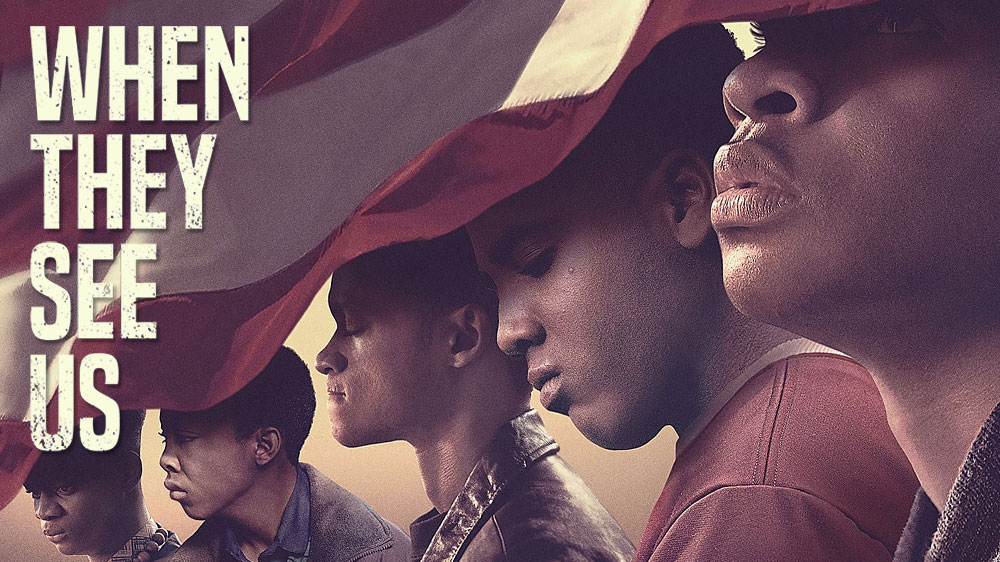 I finally summoned the courage to watch When They See Us. Courage. I know how that sounds, but when the limited Netflix Series came out in 2019, I didn’t have the courage to watch past the 20-minute mark of the first episode. I just couldn’t. I was so heartbroken, I concluded it was not a show for me.
Love and Light, folks.

But maybe I have grown harder since then. Maybe my mind can take more tough stuff, more pain, more raw truth. And maybe that’s a good thing.

Okay, a quick confession, before I could even begin to watch, I had to do a little research to make sure the real victims, the famous Central Park Five, were actually okay now and doing good for themselves. I watched Oprah’s interview of the cast and crew, as well as the exonerated five. I read up on them, and learned about their 2015 settlement, which seems like a lot, but isn’t actually anything compared to the time, reputation, relationships, youth, money, health, safety, and sanity that was lost by the wrongly convicted to a broken system.

It was when I was certain that at least they are all alive and somewhat okay, that I decided I could watch. So maybe I’m not that strong.

Let me take a moment to commend the force that is Ava DuVernay. What she did with the show, with the interpretation of this event, was nothing short of magical. She brought out emotions in people that they could not have known that they had. She had me pause the show many times to ponder, to appreciate the depth of representation and dialogue, to imagine, to gasp and sigh and wish and dream. Only a master at their craft can get that out of you.

When They See Us has all the heart needed to make real change happen. It is a fantastic piece of work, and everyone on that project brought it, I don’t even care what role they played as either cast or crew. A village of geniuses birthed that work.

My standout moments would have to be:

Amidst all the real and subdued tears I shed watching these parts, I kept thinking of the benefits of wealth, for some reason. Wealth and education, but mostly wealth. A child of richer parents would have a lawyer available to them from the get-go. They would have someone there, too, to avoid some shady cop cajoling their kid into a false confession. Education would help them understand their rights, and wealth would help them enforce them.

May we be well off enough to avoid nonsense.

My my my my! A compelling story on lock, the performance by Jerome, the real, raw pain he translated to our screen, that was everything.

When his mother came to visit, I cried. I know what it means to miss your mother. My mother worked in another city growing up, and every time she came home, my heart would rejoice and break at the same time because even though I was so happy to see her amidst the bullying I endured in her absence, I knew it was only a matter of days before she was gone again.

I felt the helplessness, the fact that this boy was just a victim of being at the wrong place at the wrong time. Everything about the story of Kory Wise still shakes me to my core. When he said his bad luck was over, I prayed to God that it was. I hope he has a great life going forward because he has suffered too much not to.

I talk a lot about needing someone in your corner because I have enjoyed that privilege in my life. I have one person in my life who, no matter how hard it gets, I can always trust. There have been times when I thought I would not make it, when I feared for my life and my sanity when I felt the world didn’t want me in it, when I felt lost and misunderstood and forsaken, and this person has stood with me as a rock.

This was what Antron’s mother was to him, and the conversation they had in juvenile detention, where he told her the world hates him, where she responded that it didn’t matter, because she loved him, and every time he cried, she cried, every time he feared, she feared, his joy was her joy, and his pain her pain, I paused the TV and cried. I know it, I know this love, I am lucky to have this love. Everyone needs this love, even if from just one person.

4. Something to look forward to.

My final best moment was the scene with Kevin’s family visiting him at juvenile detention, and him telling them Yusef was no longer close to him, and he felt alone. His sister went on to tell him a story, after assuring him that Yusef had simply found his something to look forward to with his Muslim brothers, and it was time for Kevin to do the same.

Her story was about a love she had found at her place of work, which made it bearable for her. We often forget the stigma the relatives of those incarcerated have to deal with. I am happy Ava didn’t trivialize this, and we saw a real picture of it with Raymond Santana Senior, Kevin’s sister, Antron’s parents, and Korey’s mother.

Kevin’s sister was being discriminated against at work because of her brother’s predicament. She had no friends and could feel the eyes on her every time she showed up, could feel the stabs of judgment and hear the muffled tones of jest. Then one day, a fine young man showed up to rent a car at her place of work and took interest in her. It was an instant kind of attraction, and we felt the air between them freeze.

As she told the story to her curious family in a corner of the detention centre, we saw the anticipation in her listeners’ eyes, the hope of a “they lived happily ever after”, especially when she told them the man asked her out. She told how all through that weekend, she looked forward to seeing him return the car, and began to anticipate the new workday, something she had come to detest in the past.

“So? What did you say?” A curious Kevin couldn’t take the suspense anymore. We were with him on that too.

Her reason? She didn’t think she deserved to be enjoying love while her brother was incarcerated, especially because she felt responsible.

When They See Us was a life-changing watch. It has had me questioning many things and wondering what people see when they see me. I live in an African community whose issue isn’t racism, but isn’t without its own stereotypes.

In October 2020, peaceful protesters were shot at during the EndSARS protests in Lagos. These protests were to create awareness and inspire change because the Special Anti-Robbery Squad (SARS) in Nigeria was extorting and killing young people based on stupid stereotypes such as owning an iPhone, having colored hair, or owning a car.

It is over a year already, but the country hasn’t fully recovered from the injustice and heartlessness that took place on the night of the shooting. Justice has yet to be served too.

I believe every community, every nation of the world, is dealing with its own issues on stereotypes and biases. These may not change soon, as badly as we want them to, but maybe when they see you, when they see us, maybe our lights shine through, and they see more than just what we own, look like, or sound like. And maybe they spare us. Maybe our lights are good enough for when they see us.