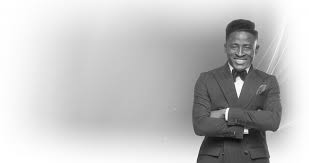 So, naturally, everyone sits on their couches and waits for what would become of the reality show stars they spent their time, money and emotions on. We are curious; we want to know what it is they are doing with the fame they have accrued within the time they had a platform. We want to see them ‘blow’, in whatever way possible. Not the Boko Haram kind, obviously, but every other kind, depending on what reality show we’re considering. Or not. Just blow, this is what the people ask. 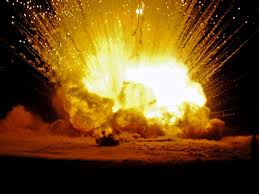 I remember having a conversation with someone about how we need more film-related reality shows in comparison to music. I mean, just lookat. In Nigeria alone, we have MTN Project Fame, we have Nigerian Idol, we have Naija Sings, we have Naija’s Got Talent, we have The Voice Nigeria, we have Glo X-factor, we had Star Quest that later became ‘Star The Winner Is’ that later became zilch. Are you bored already? And these are just the ones I can remember.

In a sudden burst of realization, we had the dance guys huffing and puffing and finally stepping up to the plate. We had Malta Guinness Street Dance, we had Celebrity Takes Two, Maltina Dance All and then Dance With Peter. For film, we have only had Amstel Malta Box Office and The Next Movie star which has only birthed a handful of actual movie stars. It is no wonder the music industry is so competitive, gaining international exposure and collaborations, while the movie industry is taking snail-walks behind it. But that isn’t an issue for this article.

This article is about what the reality guys have been up to since their departure from the ‘house’. You know how much of a Project Fame fan I am, so let’s start from there.

Remember Yusuf from the recently concluded Season 9? Well, he was a favorite. He had a carefreeness about him that naturally drew people to him. He had a Fuji style too, a rarity on the prim and proper English-speaking Project Fame stage, and how can we forget his signature haircut? Yusuf came in raw and ready, confident in the freshness of his style and ready to dazzle. But alas, the competition, the uncertainty and the tip of Uncle Ben’s mental rod shook him so hard that, by the third week, struggling to keep afloat, Yusuf was almost rid of all his confidence. He managed to stay till about the sixth week, many thanks to the fan base he had created mostly due to his attitude than his singing. I thought I heard a sigh of relief as he was declared evicted. 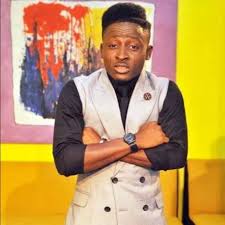 It was barely two weeks after his eviction when we heard that the ever bubbly Yusuf was back to life and had gone on to release a single. Say what? We decided to search the internet for it , and that was when yawa gassed. Oh, I mean, trouble started.
Well, first, we just couldn’t find him. Upon a million inquiries, including hunting him down on Instagram, we found that part of what was responsible was his unusual change of name, following in the steps of people like Rubunu (who was Debby on the show). Yusuf has become Zeku4 and that is probably the worst musical name I ever heard. But that’s none of my business.

The other problem is how his song, Miliki, has been monopolized to only be found on music plus, an MTN-owned website that requires you to log in every other time to have access to anything. Of course, there is the option of logging in through your facebook account, but after that you’d only get access to thirty seconds of the song, and if you scroll too much, you’d be taken back to the first page and required to log in again. I mean, how frustrating is that? Oh, it gets worse. You decide to log in properly, password and shii, but after every five minutes, you’re told your log in has expired and you should log in again. And if you ever planned on downloading the complete version, what you get is a requirement to pay first. I am nuh hunderstanding.

These guys aren’t even stars yet. Give them a chance to be stars, you’re making it hard. Isn’t this why the multitude of musical reality shows only churn out up-comers for life, but for a few I can count with my fingers who actually break through. They come out of the show with all that fame like a candle flame, sing a number of singles that don’t fly past their window frames, and tire out of frustration to pick up a job in banking. What exactly is wrong with MTN? What is wrong with you people? 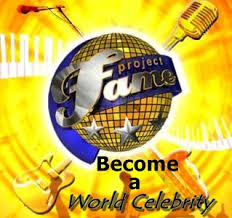 Oh, and about that Miliki song, apart from the inability of the world to find it anywhere other than the MTN wack website, it seems like a perfect party jam to me. Yusuph is back in his element, far from the pressure to sing a certain way in a certain accent to a certain genre he shouldn’t even be caught dead singing. He is Fuji all round, the yeba kind of fuji that has you forgetting your home-training and twerking till the morning. And while I wish him the best promoting his song and any other, I can only hope he rises above the crippling limitations his musical name and brand have placed on him.